Eric Reis says that behind every seemingly technical problem is actually a human problem waiting to be found. Here's why high performing teams use the five whys analysis to solve their system and process challenges.

A client dealt with a system failure recently and asked his team to figure out what went wrong. It reminded me of the very effective five whys analysis. Five whys are an iterative and interrogative approach to exploring the cause and effect relationship of a problem. This powerful analysis model not only dives deep into problem solving, but is also actionable. Before I explain how five whys works, let me give you an example of a high performer that followed this approach early on in his career.

In the absence of live sports during this pandemic, I watched a few well produced sports documentaries. Netflix brought us behind the scenes into the motor sports world with their documentary, Drive to Survive, covering the 2018 and 2019 formula one seasons. I’m consistently impressed by the focus of the drivers, the technology of the cars, the streams of racing metrics, and the large high-performance teams supporting their drivers to get onto the podium. Mercedes for example have a team of around 1000 people and a massive budget in excess $400 million giving Lewis Hamilton the best possible chance of a podium finish in every race. Red Bull and Ferrari are chasing at his heals with similar budgets and resources.

I digress. In my attempt to find out more about F1 I dived into Michael Schumacher’s career, and learned about his unique ability to step through problems.

He goes right to the bottom of things. If something hasn’t worked as it should, you will never hear ‘it doesn’t work’ from him. That’s phrase doesn’t exist to him. Rather it’s ‘Lets go through it step by step’ .

In an extract from the book Michel Schumacher, The Edge of Greatness he solves an issue by inspecting every part of the car for errors following a stall in a race, to the point where he insisted that the engineering team pull apart the petrol tank. The extract below explains what happened.

Five whys analysis is a simple tool to determine the root cause of a system or process failure. It is a powerful collaborative tool when teams use it to deep dive an issue, but more importantly, it defines actions to solve a problem. And what’s interesting is that it’s human error that’s often attributed to these failures.

Five whys was first used by Toyota. Developed by founder Sakichi Toyoda who was instrumental in revolutionising the textile industry in Japan, prior to the production of cars as we now know the brand.

“The basis of Toyota’s scientific approach is to ask why five times whenever we find a problem … By repeating why five times, the nature of the problem as well as its solution becomes clear.“

Step 1: Gather the stakeholders you think need to be involved in the analysis team. You can bring in additional team members later in the process if needed.

Step 3: Start asking ‘why’ to work through the symptoms. Try to go at least five rounds of whys (you may need more) and follow the cause and effect relationship after each question, in other words this happened therefore causing that to happen, and so on.

Step 4: Determine the root cause and assign actions to resolve the problem. Implement metrics to measure the changes made and ensure the problem has been resolved.

The example below outlines the five whys process followed to understand why there was a drop in a company’s sales conversion rate.

Problem statement: Conversion rate from lead to sale decreased from 25% to 10%.

Why (1) has the sales conversion rate decreased from 25% to 10%? There is a spike in the amount of  leads captured in the CRM system.

Why (2) has there been a spike in more leads being captured in the CRM system? New sales reps are capturing double the amount of leads as the existing team.

Why (3) are the new reps capturing double the amount of leads in the CRM system? Because they are not properly qualifying leads according the company lead qualification criteria.

Why (4) are they not properly qualifying leads? Because they have not been onboarded correctly?

Why (5) have they not been onboarded correctly? Because the sales training manager was on extended leave and didn’t include the lead qualification module in his handover to the stand-in trainer.

Root cause: New sales reps not trained on the lead qualification criteria.

Action taken: Lead Qualification Module documented in the sales playbook and handed over to the stand-in trainer. News sales reps trained on the lead qualification process.

Next time you encounter a system or process failure, why not try the five whys with your team. It’s easy to apply and importantly it drives collaboration amongst all stakeholders involved in solving the problem. It is also important to ensure you are not just addressing the symptoms of a problem, but diving down to determine the root cause.

Michael Schumacher clocked up an impressive 91 formula one race wins during his career and still holds the record with seven formula one championships. He was not only a great racing driver. His meticulousness and ability to dive deep into solving problems (on and off the track) made him a true high performer.

If you need help implementing high performance strategies in your business, then why not book a discovery session with Saltwater Consulting today. 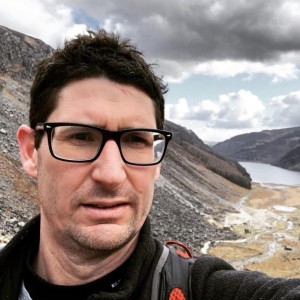 Founder - Saltwater Consulting
All Posts »
PrevPreviousKPIs and metrics. What’s the difference?
NextNew habits that are tracked will stickNext